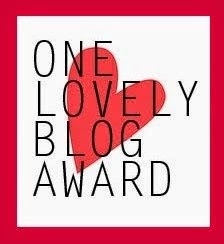 Many thanks to Diane Mannion who kindly awarded me the One Lovely Blog Award. Since I've done a few of these before and have probably listed all the interesting things about myself that you'd want to read, I'm going to list seven books that have made an impression on me since I've been nominated to do something similar on Facebook (although it's ten on there!)

Obviously, I've read hundreds of books over the years and have lots of favourite authors, including Jane Austen, Georgette Heyer, Mary Stewart and Victoria Holt, but I think we all probably have a few books that are either perennial favourites or that made more of an impact than usual. These are some of my Memorable Reads.

Rebecca by Daphne du Maurier
From the first sentence to the dénouement of the mystery, I was hooked on this author

Knowledge of Angels by Jill Paton Walsh
A wonderful philosophical novel I read many years ago, questioning nature over nurture  - must read again

Possession by A.S. Byatt
A literary split-time novel that has continued to engross me - love the Victorian section (and the film version)

Rather than nominate specific blogs, as I know many of you will have done this before and I don't want to single any out, please feel free to accept the award and give your own list of seven things about yourself , or any other kind of list you prefer!

Rosemary
Posted by Rosemary Gemmell at 08:25

Very pleased that you put Rebecca at the top of your list, Rosemary. It's the one that inspired me to write in the first place. xx

I'm looking forward to reading Rebecca. I can't believe I haven't already done so, but it's on the top of my pile at long last. I love your list, Rosemary. One of my eldest daughter's favourite books is the Handmaid's Tale. xx

Congratulations on your award.

I've only read one book on that list. I need to schedule in more reading time.

Congratulations on the award, Rosemary. I love your idea to write about your memorable reads.

Like Patsy I have only read one of the books on your list, but I now want to read some of those you have mentioned :-) x

I'm not surprised, Rena - it's so atmospheric!

Hope you enjoy it, Joanna - sometimes we see so many film versions that we miss the actual book! Glad your daughter enjoyed The Handmaid's Tale.

Thanks, Patsy - I'm sure you've read lots of books I don't know!

Thank you, Teresa - you should do a list too and some will probably be new to me!

I like your take on the blog post Rosemary. It's always interesting to see what books other people enjoy. I have also only read one book on the list as I tend to read crime thrillers more than anything. There aren't enough hours in the day to read all the fabulous books out there, are there?

Hi Diane - thanks for commenting, and for nominating me! I enjoy crime and suspense too - and you're right, there's not enough time to read them all!

Hi Stephanie - thanks for visiting and for your comment!

Congrats on the award. There's at least 2 of those books on your list I have added to my 'to be read' list