It’s a great pleasure to welcome author, academic and unashamed romantic Eliza Redgold to the Reading and Writing blog today. I love the sound of Eliza’s new novel, Naked: A Novel of Lady Godiva, which was released by St Martin’s Press during 2015 and it definitely will be going on my TBR list. Enjoy this article from Eliza about a medieval lady’s bower, but first a little about the novel with a quote from its pages. 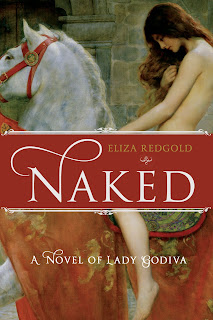 NAKED: A Novel of Lady Godiva

We know her name. We know of her naked ride. We don't know her true story.

We all know the legend of Lady Godiva, who famously rode naked through the streets of Coventry, covered only by her long, flowing hair. So the story goes, she begged her husband Lord Leofric of Mercia to lift a high tax on her people, who would starve if forced to pay. Lord Leofric demanded a forfeit: that Godiva ride naked on horseback through the town. There are various endings to Godiva's ride, that all the people of Coventry closed their doors and refused to look upon their liege lady (except for 'peeping Tom') and that her husband, in remorse, lifted the tax.

Naked is an original version of Godiva's tale with a twist that may be closer to the truth: by the end of his life Leofric had fallen deeply in love with Lady Godiva. A tale of legendary courage and extraordinary passion, Naked brings an epic story new voice.
Dwarfing the bower with his size the Earl of Mercia came inside. His blue stare cast over the wood paneled room, at the stars painted on the clay ceiling, the gold-glinting tapestries on the walls, the bed puffed with feathers and linen, its oak frame carved with vines and day’s eyes, and came to rest on me.
The communication unspoken. The hall would be full of warriors, at rest for the night.
His words were for my ears only.
“You may leave us,” I said to Aine.
Her cheeks puffed. “My lady...”
“You may leave us.”
With a huff of disapproval she edged out the door.
Never had I been unattended with a man in the bower before. Not even Edmund. Yet I wasn’t afraid.

Naked: A Novel of Lady Godiva is available from Amazon US and UK

In the Middle Ages a lady’s bower was her inner sanctum. Step inside…

During the 11th century, at the time when NAKED: A Novel of Lady Godiva is set, the men, including the lord, slept in the main hall around the fire. Trestle tables would be pushed aside and bedding rolled out. But the lady of the hall had a separate dwelling - her bower.

The word ‘bower’ is wonderfully evocative. It refers to a leafy shelter, an arbour, but its earlier meaning ‘bur’ or ‘boure’ referred to a small room. It is linked to the word ‘neighbour.’ At one time, the words ‘bower’ and ‘hower’ (hour) were spelt the same.

Bowers have a romantic history. They are connected with the greenwoods - the traditional home of lovers. In England, woodland merry-making and love rituals were part of many feasts and festivals, particularly during the month of May. On May Day, many bowers were built with leafy branches to house a pair of lovers for a magical night together. A May Day marriage made in a bower could even have legal status – in common law it could last for a year, until May Day came around again.

Bowers are still part of courtship rituals in the natural world. I became a bit obsessed with bowers when I wrote a short romance called Hide and Seek set in an Australian bird sanctuary. Bower birds create the most extravagant nests – some up to a metre high. They build their homes with sticks and twigs, like other birds do, but they build them at ground level, not tree level. They find some prime real estate, and then they get to work. They decorate. That’s what makes them so extraordinary. Each kind of bowerbird favours different objects such as shells, leaves, flowers, feathers, stones and berries. What’s interesting about bowerbirds is that the male of the species builds the bower to impress the female.

In NAKED, Godiva’s bower sets many a crucial scene. It’s her place to think and dream, as well as a revealing space for her relationships. In her bower, Godiva holds her own.

I loved the idea of a sacred, private space for a woman, where others could only come at invitation. I’d like a bower – wouldn’t you?

I certainly would, Eliza! Thanks so much for providing such a fascinating article and all the best with your novels. 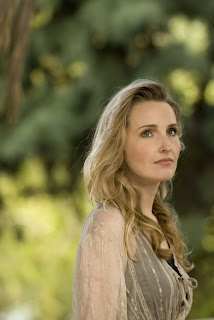 NAKED: A Novel of Lady Godiva was released internationally by St Martin’s Press New York in 2015. Her ‘Romance your Senses’ series of contemporary romances are published by Harlequin. They include Black Diamonds, Hide and Seek and Wild Flower. Eliza is also contracted to Harlequin Historical for two upcoming Victorian historical romances. Look out for Enticing Benedict Cole in November 2015.

Eliza Redgold is based upon the old, Gaelic meaning of her name, Dr Elizabeth Reid Boyd. English folklore has it that if you help a fairy, you will be rewarded with red gold. She has presented academic papers on women and romance and is a contributor to the forthcoming Encyclopedia of Romance Fiction. She was born in Irvine, Scotland on Marymass Day and currently lives in Australia.
Posted by Rosemary Gemmell at 00:47

Thank you so much for hosting Eliza on your Reading and Writing blog today, Rosemary!

I do like the idea of a bower, yes. There's the shed on the allotment, but that doesn't sound quite so romantic somehow.

I loved this fascinating post, Eliza, and I love the sound of a bower. It's so romantic, and so much nicer than the French "boudoir", which apparently means "sulking-room". The bower sounds much nicer! I had no idea of its history. Thanks for the entertaining post!

It's a pleasure, Anita - love the article!

Thanks for commenting, SolentWriters - yes, a bower is much more romantic!

It's fascinating, isn't it, Helena - thanks for dropping in!

Thank you so much for having me on your site Rosemary - and the great comments! There used to be a 'fainting room' too, I think Helena - but I'm not sure what is was called? And SolentWriters - the bower does sound romantic, I agree! Thanks again and I hope you enjoy NAKED.

It was a pleasure, Eliza, and your post has had lots of views.